Feathery Meditations: Slowing Down to Digest

Feathery Meditations: Slowing Down to Digest

There are just over twenty known species of grebes inhabiting waters around the world. Some are flightless, and some migrate; some are fairly bland to look at, and some are highly ornamental. Despite their differences, one thing they all share is an odd trait unique among birds: they eat their feathers.

Strange as that sounds, it’s true. Parents feed feathers to their chicks almost from the moment they hatch until they are old enough to do it on their own. It’s a habit that is so odd, in fact, that it has stumped scientists for decades.

Only recently have scientists proven that they do this to slow their digestion. The feathers line their stomachs so that the bones and shells of the fish and crustaceans that comprise the majority of their diet don’t fatally puncture their insides. Eventually the harmful bits and pieces, properly balled up in soft downy feathers, are regurgitated, leaving only that which is nourishing behind. You don’t have to be a genius to see a spiritual metaphor in that!

“This Book of the Law shall not depart from your mouth, but you shall meditate on it day and night, so that you may be careful to do according to all that is written in it. For then you will make your way prosperous, and then you will have good success.” -Joshua 1:8

Speaking at a conference for young leaders several years ago, author and speaker Beth Moore said, “Eat it before you tweet it.” Her point was that in a digital society addicted to social media of all kinds, it is easy to hear a great sound bite or see a quote that really hits hard and just pass it on immediately without further thought. Post/tweet/snap it and forget it, or just like it and scroll on.

That’s a problem. We’re so used to whipping through six-second commercials and minute-long TikTok videos that we sometimes fail to give our full attention to truths that actually matter when we experience them. Similarly, and for the same reasons, we at times consume flawed half-truths and outright lies because we don’t take the time to think about them. Like grebes, we need to slow down our digestion. The Bible has a word for that—meditation.

Unfortunately, many Christians hear the word ‘meditation’ and immediately tune it out. Sometimes they think of it as an intruder from Eastern philosophy; other times they see it as too passive to produce results. When you read your Bible, you get to turn pages, maybe check a box on a reading list. If you listen to a sermon, you can take notes. Studying requires activity, like looking words up in dictionaries or finding cross-references.

But meditation? Isn’t that just sitting there doing nothing? Where’s the value in that?!

The value in mediation is found in the deeper understanding it produces—a deeper understanding that often leads to application. It isn’t ‘doing nothing;’ it is spending time, precious time, pondering, mulling, figuring out what something means and how it applies to your life.

That doesn’t happen when you retweet or like and move on. Just like the grebe eating its feathers slows digestion, meditation requires you to slow down and figure out how a passage of Scripture, a lesson you heard from the pulpit or read somewhere is going to change your attitudes, actions and understanding.

Meditation, in the Christian sense of the word, isn’t emptying your mind, but rather focusing your thoughts and expectantly asking the Holy Spirit to show you meaningful truth.

“Let the words of my mouth and the meditation of my heart be acceptable in your sight, O Lord, my rock and my redeemer.” -Psalm 19:14

When God brings a nugget of truth to your attention, it is often our tendency as leaders to pass it on immediately. We preach—we live—the pay-it-forward principle of 2 Timothy 2:2,

“And what you have heard from me in the presence of many witnesses, entrust to faithful men, who will be able to teach others also.”

But in doing so we sometimes forget that God brought that nugget, whatever it is, to our attention for our own benefit first. If we fail to slow down enough to digest it ourselves, we miss out on the real benefit and put ourselves in peril by ignoring what God wanted us to learn.

As we head into summer and ministry slows for a season, it’s a prime opportunity to implement this spiritual discipline into your life. Take time to digest what happened this school year before you dive into planning the next. Hit pause and reflect on what God is doing in your own heart before you start assessing the hearts of your leaders. Breathe deeply and inhale what you’re reading in His Word before you exhale it into next year’s teachings. Spending ten minutes in total silence every day might be the most powerful thing you can do for yourself and your ministry this summer. 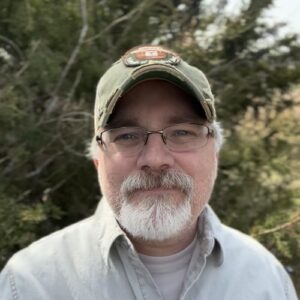 Jon is the Campus Missionary for the BSU at Missouri Southern State University. He has been doing college ministry for over twenty years. He and his wife, Mandi, have been married since 1997 and have three grown children. Jon loves the outdoors almost as much as he loves his family; he enjoys hiking, kayaking, fishing, hunting, camping - you name it; he's down for it. Jon is an avid reader, and he is working on his first book, a devotional for outdoorsmen.
PrevPreviousConnecting the World and the Bible through Meditation
NextStop Overthrowing Your LeadersNext