Whole Persons and Half Truths: Why We Struggle So Much with Identity

Whole Persons and Half Truths: Why We Struggle So Much with Identity

Editor’s Note: Identity is a hot topic on college campuses. Students are wrestling with questions of identity in unique ways as the surrounding cultures pressures them to base their identity on factors like sexuality, gender, race, affinity, and more. As students are bombarded with half-truths about who they are, it’s vital that their college ministries provide the whole truth—and nothing but the truth—as part of their discipleship. Walking through this short article with your students and opening the conversation about what half-truths they are believing might be a great place to start.

A popular game during my youth that seems to have survived the generational gap was two truths and a lie. Recently, I was talking with my students about Genesis 3 and realized that Satan is really, really good at that game. In fact, Satan’s version is “Three truths and I’m still lying.”

Notice what Satan does in Genesis 3. He tells Eve three truths:

There is a big difference between the truth, the whole truth, and nothing but the truth. Satan told the truth (sort of). He told half-truths, and half-truths, I think we see in Scripture, are actually lies. What Adam and Eve should have realized is that eating of the fruit would (and did) indeed bring death—not immediate physical death, but immediate spiritual and subsequent physical death.

“In the day that you eat of it [the fruit of the tree of the knowledge of good and evil] you shall surely die,”

He means it. They eat, and they do indeed die. Satan’s half-truth is a crafty lie. Likewise, he says that they will be like God. True. But Adam and Eve are already like God, as Genesis 1:26 makes clear:

“Let us make man in our image, after our likeness.”

Identity and Half-Truths on the College Campus

Unfortunately, many of my students, and I’m sure students everywhere , struggle with identity because they are listening to half-truths about who they are. Lies about us are easy to ignore; half-truths, however, not so much.

"Lies about us are easy to ignore; half-truths, however, not so much." -@kyle_rapinchuk #collegiatedisciplemaker Whole Persons and Half Truths: Why We Struggle So Much with Identity Click To Tweet

For example, if someone tells a student, “You’re stupid,” but they know they have a 3.8 GPA, it’s pretty easy to ignore. But if someone says, “You’re not so smart; you’re definitely not as smart as Tom and Nancy,” this is more difficult to ignore. It may be true that Tom and Nancy are smarter, and so the student believes the half-truth (i.e., lie) that they are not as smart as those two, and then identifies with the outright lie (i.e., you’re not smart).

The stakes get higher when we begin to believe half-truths about how wicked we are (yes, we do indeed sin) and therefore how God despises us (outright lie). Satan is speaking these half-truths to us all the time…when we have a romantic breakup and think we are unlovable. When we let down a friend and think we are worthless. When we are alone and think no one would miss us. These half-truths, and so many more, speak loudly on the college campus.

The Truth, the Whole Truth, and Nothing But the Truth

Half-truths, Child of God (for that’s what you are if you are in Christ), are lies. Don’t listen to the half-truths of the world, for they will lead to despair and destruction. Instead, believe the truth, the whole truth, and nothing but the truth. Believe the Truth Himself who says He loves you, and that He showed that love for you in that while you and I were still sinners, He died for us. Know that you are redeemed, forgiven, loved, cherished, and wanted—that’s your TRUE identity.

What half-truths do you find yourself believing about your identity? What does the whole truth of God’s Word say to counter them? 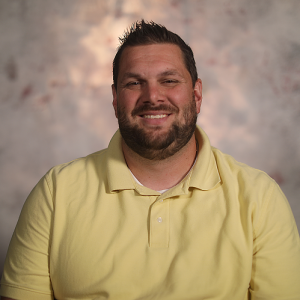 Kyle is the Campus Missionary for Ozarks BSU at College of the Ozarks and the Associate Professor of Christian Worldview at School of the Ozarks. He is the co-founder and editor of the classical education site, The Classical Thistle, and founder of the Lead U Discipleship Ministry. He is passionate about bridging the gap between academia and everyday Christian living. He and his wife, Kristin, have been married since 2004 and have three children.
PrevPreviousIntentional Hospitality as a Gateway to International Student Ministry
NextBuilding Hospitality: 10 Tips for Creating a Welcoming College Ministry FacilityNext